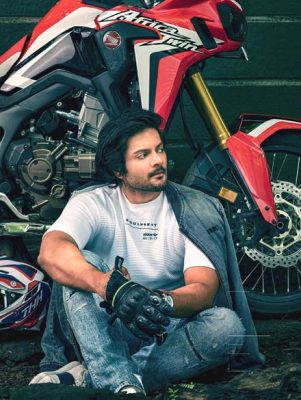 Ali Fazal has shot for his second major Hollywood film, Death on the Nile. He says he has come back with a great addition to his understanding of an actor’s job. The Victoria & Abdul actor had shot for three months for Death on the Nile, directed by Kenneth Branagh.

Talking about his experience, Ali said: “Honestly, it’s a nascent part of my career in the West so I’m only learning with each passing day and project. And being on sets of Death on the Nile too was a progressive growing experience for me.”

He feels that when you shoot with people who are masters of their craft, you will land up learning a lot of things. “I’m humbled by the experience and the time I spent on the sets. I have come back with a great addition to my understanding of an actor’s job, as it’s a part of our lives to keep learning with each part that comes our way,” said Ali.

“In this day and age, actors are no longer transitioning but merely expanding their skill sets. I aspire to work in different countries, platforms, regardless of their languages. I have found people who push me to seek parts and not projects and that’s my blueprint going forward,” he added.

The movie also stars Wonder Woman actor Gal Gadot, Emma Mackey, Armie Hammer and Annette Bening amongst others. “They were all extremely kind, professional and warm. The entire bunch is a wonderful group of people who bring a certain energy every time they walk onto the sets.

So I hope I managed to learn from them and I hope I have brought my best to the table. We were a diverse bunch who were bringing some very valuable contributions that it almost felt like the Olympics. It was the amalgamation of these unique energies that made it so interesting,” said the Indian actor.

He has another international project in his kitty though he is tight-lipped about it. Ali had made his Bollywood debut with a special appearance in the 2009 blockbuster 3 Idiots. He then starred in Always Kabhi Kabhi (2011) and went on to achieve success with movies, including Fukrey.