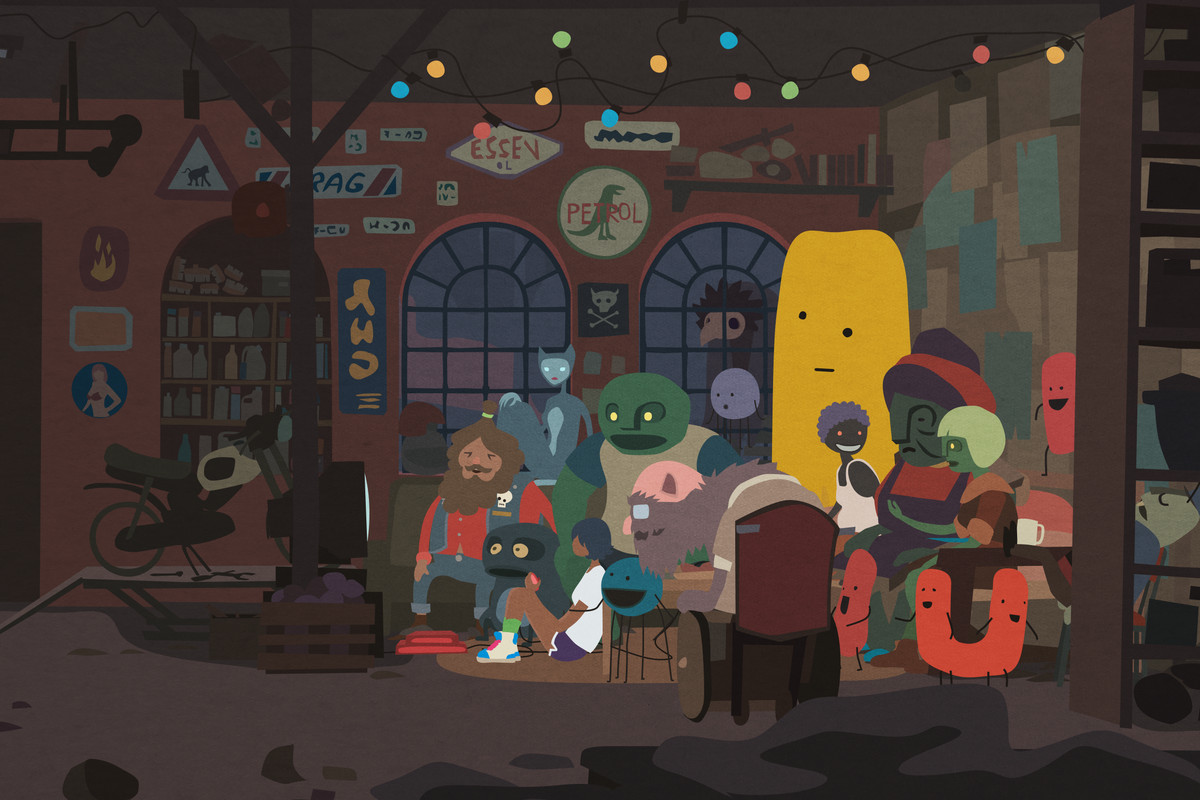 It can be difficult to find time to finish a video game, especially if you only have a few hours a week to play. In our biweekly column Short Play, we suggest video games that can be started and finished in a weekend.

For a game that’s a little experimental or offers a particularly unique take, it is often easiest to explain it by finding something to compare it to. That way, in a few words, you can roughly understand what sort of game it is. A Short Hike is like Animal Crossing plus The Legend of Zelda: Breath of the Wild. Pear Quest is like an adventure game crossed with a Where’s Waldo? book. But for Mutazione, it’s difficult to find that comparison point.

Mutazione is an adventure game in the sense that “adventure game” has become a sort of catch-all genre term for games that have lots of narrative with some gameplay elements, like Night in the Woods. The story follows Kai, a high school girl, who sets off to visit her estranged grandfather after receiving a letter that says he might be dying. He also happens to live far away from her city home on an island full of mutant plants called Mutazione, a name that is seemingly a portmanteau of mutant, zone, and biome.

You learn that the island was once a pretty normal city until a meteor destroyed the whole thing and started to cause mutations in both people and the plant life. The small community that continues to live there is made up of mutated humans and one sentient fungus scientist who have created fairly normal lives for themselves. They built their village from the ruins of the old city while living in harmony with the strange flora and fauna of the island. Nonno, the aforementioned grandfather, acts as the town’s shaman. But as he’s grown more ill, he hasn’t been able to complete his duties to help maintain that balance; instead, he ropes unsuspecting Kai into helping.

Kai is able to help by replanting and tending to various gardens around the village, each requiring different types of plants to bring it back to its normal state. These gardens unlock as you progress through the story; typically, you’ll get access to a new one in each chapter of the game. These chapters take place over the course of a day split into various periods, like morning, afternoon, and evening. During each segment, you are free to explore the island, find seeds to use in the gardens, and talk to any villagers. The day and the story progress after you complete whatever specific task or conversation the game requires you to have.

This means you can effectively just do the things the game requires you to do, and skip the optional conversations with the townsfolk. But those conversations prove to be some of the most fruitful and meaningful ones. They can help you to better understand the characters. For instance, if you visit Miu early on, you learn she likes to listen to loud punk music before going hunting at night. But as things developed, I found myself not just seeking out the characters I liked, but making sure I talked with everyone. There are a lot of things brewing under the surface: unrequited love, terrible trauma, and painful memories that characters try to hide or keep bottled up with the best intentions.

Those hidden things eventually become part of those major conversations that advance the story, with the optional conversations serving to help fill out your understanding or foreshadow what is going to happen. Kai’s main focus is on her grandfather and their story, but everyone else on the island is in the middle of their own story. And because it’s such a small and tightly knit community, those storylines are tangled together.

Eventually, it becomes apparent that the gardening serves not just to add some gameplay, but as a metaphor. Before Kai’s arrival, the gardens were left untended, some in such a state that there hadn’t been a garden there to begin with. It’s not that different from the state of the townspeople of the island. They may seem like normal mutants, but there are issues that they haven’t tended to yet either.

This has, in turn, caused issues for them that are weakening their community almost imperceptibly. It’s only once they start to deal with their own issues and each other that they revitalize things. At first blush, Mutazione seems like a fairly relaxing narrative game about gardening, but it is actually more of soap opera — a chill one where you get to make gardens of mutant flora.