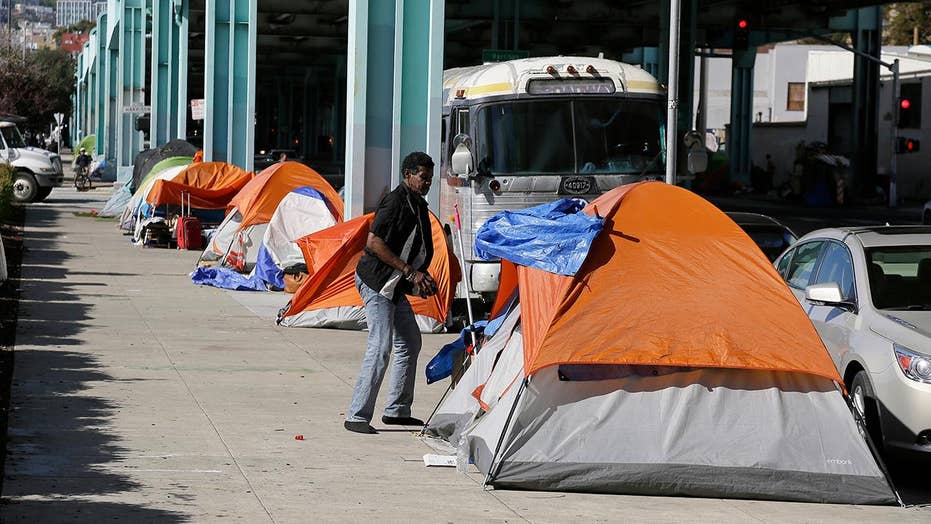 The drug abuse and homeless problems in cities like San Francisco will not be solved by government intervention because they are “moral” and “spiritual” issues, conservative radio host Larry Elder said.

Elder made the comments Monday on “Hannity.” Sean Hannity, the host, said there are tens of thousands of homeless people in San Francisco, even some a short distance from the home of House Speaker Nancy Pelosi, D-Calif.

He told Elder that there are issues with human feces in public places and “needles everywhere.” He said Pelosi and other wealthy San Francisco residents should “chip in” to get the affected people “counseling [and] a warm meal.”

“They’re only generous with our money, I guess,” Hannity said.

LAWRENCE JONES: NEEDLES, DRUG USE AND HUMAN WASTE ARE THE NEW NORMAL IN SAN FRANCISCO

“You hit the nail on the head when you talked about what she should do with her money,” Elder said. “Because this is not going to be solved by government. It’s a moral problem and a spiritual problem.”

Elder said that the issue is “[n]ot only a public safety and public health problem, it’s a liability problem. When and if some kid gets hurt, get stuck, contracts some disease, the taxpayers are going to be on hook for millions and millions of dollars.”

He appeared on both “Hannity” and “Fox & Friends” at the time, recalling that within a few minutes of exiting his vehicle, he came across needles strewn about the sidewalks.

Residents also told him the sight of homeless people injecting themselves with drugs in public places is common, as is dodging piles of human waste on their way to work in the mornings.