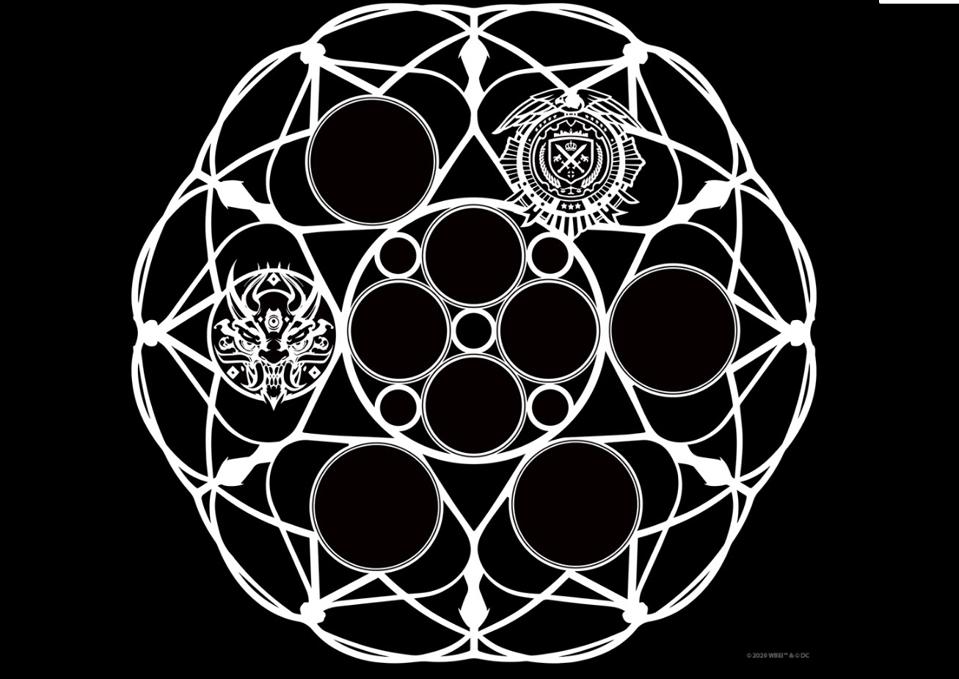 WB Montreal has finally started teasing their new superhero game, which does seem to be a new Arkham title. They have started revealing the game on social media with different accounts posting pieces of one image. Yesterday, that turned into something that sure looked like the GCPD logo, and had the phrase “Capture the bat,” implying Gotham is in one of its famous “actually, Batman is bad,” phases.

But as it turns out, the reveal is proving to be much, much more complicated than that.

There’s a website that WB Montreal now has online with a pretty simple URL.

That leads to a page with the above image, and two logos already filled in, the GCPD one, and one that appears to be a Demon’s Head, which is almost certainly a nod to Ra’s al Ghul and the League of Assassins. A short video posted on Twitter shows three different logos morphing into the Demon’s Head, with some thinking the earlier ones are related to the Court of Owls, but I’m not so sure.

What we do know is that there are likely at least seven more symbols to come, three in the outer ring of the image, four in the inner ring. I would expect to see other ones relating to other famous Batman villains, but it’s not clear if this is going to be a daily thing and we’ll be done by next week, or if this will be spread out over a longer period of time. This entire situation is a tad bit confusing, because we have to separate out WB Montreal from Rocksteady here. WB Montreal is a Warner Bros. Studio that developed the Arkham sub-game, Arkham Origins back in 2013. That is different than the “main” three Arkham games, Asylum, City and Knight, which were all developed by Rocksteady. They are reportedly working on a new DC superhero game, though no one knows what that is. Superman was a common rumor, but we’ll see.

So, while it is exciting that a new Batman game is coming, just keep in mind this is not really “Arkham 4,” and I think most people would agree that Origins wasn’t quite on the level of the other three. But that said, I still obviously want to return to that world. I might expect another “prequel” game here, rather than something that takes place after the events of Arkham Knight. Given the timing, it’s also possible this could be a next-gen title, released this fall.

Check back here for more icons as they’re updated, as I’ll try to keep track of them below. We’ll see if we can get some Court of Owls confirmation, but as ever, there are probably going to be like nine different villains in a new Arkham game in some capacity. Stay tuned for more updates.