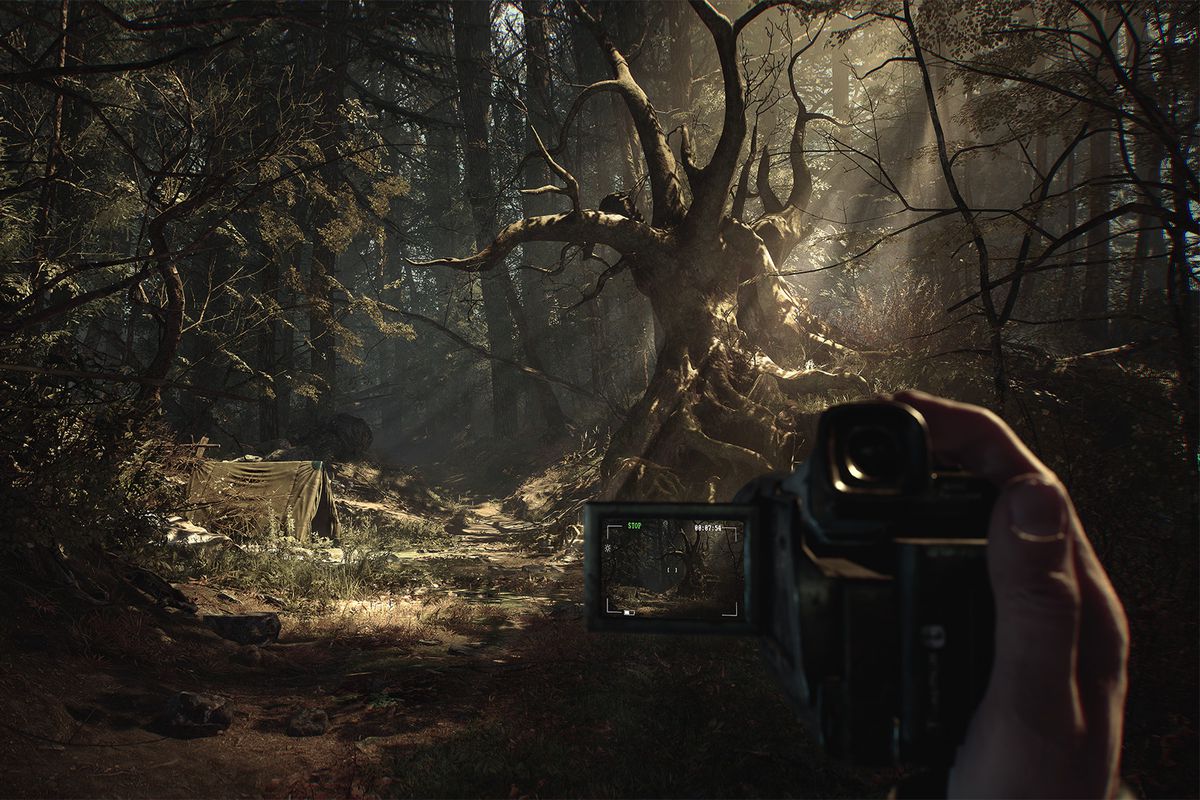 During Microsoft’s keynote at E3, we learned that The Blair Witch Project — which helped revolutionize horror in 1999 — will be getting a new video game tie-in. The PC and Xbox game, known simply as Blair Witch, debuts in a couple of months on August 30th. But with a short trailer that just barely revealed its connection, it left a lot of questions unanswered. So what exactly is going on with Blair Witch?

As the trailer mentions, Blair Witch is set primarily in 1996, which is a couple of years after the original film’s events. You’ll play a former police officer named Ellis who joins a search party for a missing boy in Maryland’s Burkittsville woods, home of the notorious Blair Witch. Before long, Ellis gets lost in the woods with only his dog Bullet for help. He has to find a way out while exploring the world and solving puzzles, including ones involving the camcorder from the trailer.

The Blair Witch Project was an iconic film, and it’s still remembered fondly — people cheered when the logo appeared on-screen during Microsoft’s Xbox event. But it’s been 20 years, during which video game horror has undergone a renaissance. The trailer for Blair Witchevokes the Outlast series and Resident Evil 7, both of which draw heavily from the found-footage genre.

“SOMETIMES THE WORLD AROUND YOU IS NOT WHAT IT SEEMS.”

Fortunately, Blair Witch has a promising pedigree. It’s being made by Polish studio Bloober Team, which was behind painting-themed horror game Layers of Fear and grimy cyberpunk detective game Observer. Neither game was perfect, but they were both intriguing stories set in impossible spaces, a theme the developers want to bring to the new Blair Witch.

“We have this love for ever-changing environments,” says Bloober Team writer Barbara Kciuk. “So this is what we really wanted to give to this game: that sometimes the world around you is not what it seems. It will change as you progress.” While the game started with a map, says team developer Maciej Głomb, they scrapped it during development — because “you are in the Blair Witch’s forest. So you’ll go wherever she wants you to go.”

The camcorder was originally something like an audio log, delivering clues about the story. Over the two years that Bloober Team has been working with franchise owner Lionsgate on Blair Witch, it’s evolved into something that Głomb describes as a way to “rewind time.” You can use tapes to experience things that have happened in the past, and they’ll affect the way the world works in the present. You’ll hear other people on your walkie-talkie, but your main companion in the story is Bullet — who can help you navigate the forest and investigate clues. Fortunately, Kciuk hasn’t forgotten the most important canine mechanic either. “You can pet the dog!” she confirms. “You can pet him all you want.”

Blair Witch seems poised to split the difference between telling its own story and incorporating clear thematic and plot connections to the original film. It also seems like a reasonable combination of mechanically feasible yet narratively ambitious — among other things, the developers hope players will feel drawn to replay the game once they fully understand the story, watching for how their actions can shape the plot. Bloober Team has been working on the game for around two years.

But it’s worth noting that the Blair Witch Project franchise seems veritably cursed with mediocrity. The original film has gotten two poorly regarded sequels, released in 2000 and 2016, as well as three poorly regarded video game tie-ins, including a crossover with the essentially unrelated survival horror game Nocturne.

Kciuk has some praise for those earlier games; for their time, she says, their lighting was “amazing.” She sees Blair Witch as a “totally different game,” though — and with only a couple of months until release, we’ll find out soon what that means.